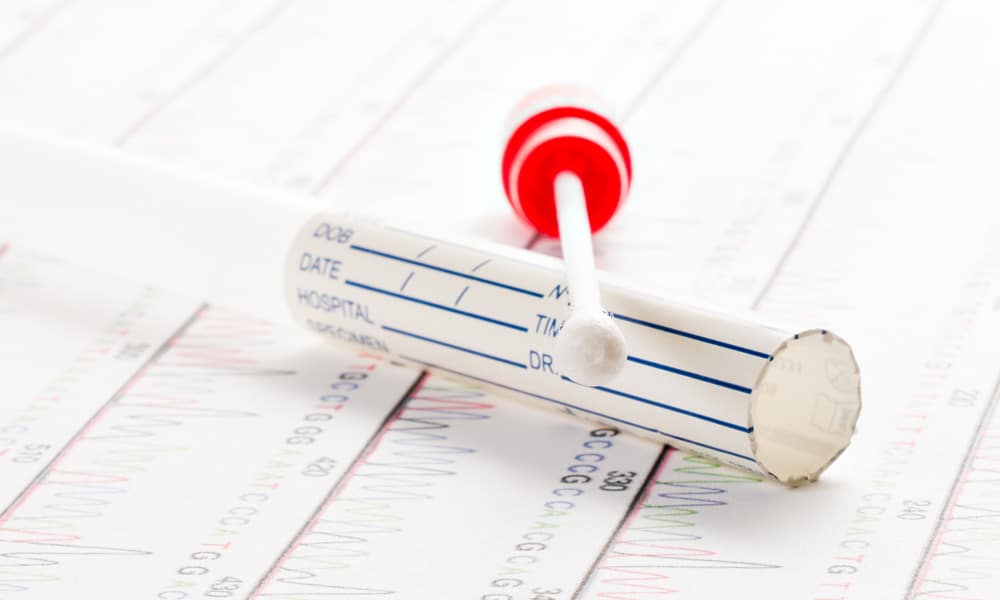 Recently, the Food and Drug Administration (FDA) approved the first ever BRCA genetic test that does not require a physician’s order. This test, sold by 23andMe, can be purchased directly by the consumer. While this test makes screening more available, it is unfortunately not without risk – risk you should be aware about.

What should I Watch out for?

While numerous lifestyle factors appear to have the largest impact, genetic mutations account for only a small percentage (5-10%) of new breast cancer cases each year. However, these mutations — such as BRCA1 and BRCA 2 — significantly increase a woman’s lifetime chance of breast and ovarian cancers compared to the general population. Additionally, BRCA1 carriers who do get breast cancer are faced with up to an 85% risk of being diagnosed with the more aggressive “triple negative” subtype compared to the general population’s 15% risk.

Because of this, the U.S. Preventive Services Task Force recommends that women who have family members with a hereditary cancer work with their medical providers to help identify their potential for a BRCA mutation. BRCA testing can tell you if you carry certain mutated genes and, as such, can potentially provide you with life-changing information. One thing to remember is that the test does not tell you if you currently have cancer.

As The Verge points out in a recent article, the 23andMe kit only tests for three of the hundreds of mutations that are known to cause cancer. To quote the article directly: ‘those tested can get the false illusion that they are not carriers, when in fact they may have other of the hundreds of known functional mutations,’ according to Eric Topol, a geneticist at the Scripps Research Institute.”

Dr. Topol goes on to say that DNA kits that sequence the entire genome, such tests provided by Myriad or Color Genomics, may be the wisest route for those individuals who are concerned with genetic risk.

Are there other Risks?

Because the 23andMe BRCA kit does not involve a medical professional or genetic counselor, a consumer who receives their results – negative or positive – is left alone to figure out what to do next. This is in direct contradiction to what the U.S. Preventive Services Task recommends:

“Because BRCA test results are complex, it is critical that (a) woman discuss her test results with a trained (genetic) counselor, who will explain what they mean and can help in decisions about possible next steps for treatment.”

Any woman who receives a positive BRCA result from a gene test may also want to work with her physician to have the test repeated in a lab. This is especially imperative if she is considering prophylactic breast or ovarian surgery. Perhaps the biggest concern is that 23andMe allows consumers to download the raw data from their genetic tests.

Even though 23andMe cautions on their site that “only a subset of markers have been individually validated for accuracy” and, as such, should not be used for medical purposes, many companies exist online offering to “medically analyze” such raw data. These companies create individual DNA reports that look for everything from baldness to macular degeneration to rare variants. These reports are a challenge for the non-geneticist to interpret and can lead to unnecessary concern, self-diagnosis, and, worse, self-medication.

Genetic testing when done correctly — in conjunction with a medical professional and genetic counselor — can arm men and women with information that allows them to make the most informed decisions about their health. When the information is incomplete and/or left up to interpretation, it can have severely adverse outcomes and put consumers and their medical team on the wrong health track.

KELLY LEVO
No Comments
April 3, 2020
122
I don’t share much online or social media other than pictures of my children. I have gone back and forth…
View

Lauren Panoff, MPH, RD
No Comments
March 4, 2020
415
Vitamin D has caught the public eye as “the sunshine vitamin” over recent years. While it’s been long studied for…
View

Corinna Underwood
No Comments
February 13, 2020
532
These days, women have many different options when it comes to birth control. Forms of hormonal birth control are not…
View